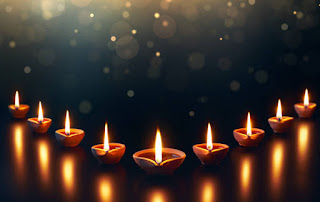 Where is Diwali observed?

The Festival of Lights is known as Deepavali (deep - lamp, vali - array). This is the name of the festival in Southern India and is how the festival is referred to in other Asian countries such as Malaysia and Singapore. In Northern India, it is more commonly known as Diwali, but they are essentially the same celebration.

In these countries and for Hindus around the world, the celebration revolves around the triumph of good over evil, purity over impurity, light over darkness. It is one of the most important Hindu festivals.

Diwali marks the return of Lord Rama, who was the seventh incarnation of Vishnu, from a fourteen-year exile.

The Festival of Lights takes place on the darkest night (the first night of the new moon) in the month of Kartik in the Hindu calendar.

Across India streets and temples are decorated with spectacular light displays and colourful garlands.

In their homes, people light small oil lamps called diyas. It is believed that deceased relatives come back to visit their families on Earth during this festival and the lights are a way to guide the spirits home. The sound of firecrackers exploding is common as the noise is said to drive away evil spirits.

Over 70% of all firecrackers used during Diwali come from the town of Sivaski in Tamil Nadu.

Families, friends and business associates exchange gifts and sweets, settle old business deals and are encouraged to rid themselves of hate, anger and jealousy.

The festival is a time for rejoicing and renewal.

Diwali holds significance not only in Hinduism but also in Sikhism who celebrate the release of their sixth Guru (literal translation: teacher) Hargobind. To Sikhs, it is known as Bandi Chhor Divas. The Jains celebrate it as the day when Lord Mahaveer, the last trithankara, attained Nirvana or Moksha.

The Five Days of Diwali

Diwali is a five day festival that straddles the new moon. Though widely celebrated across all of India, the days may have different names and have additional meanings in some parts of India, there is enough commonality to briefly describe each of the days:

Dhanteras marks the beginning of the five-day festivities of Diwali. On this day, it is customary for people to clean their houses, so they are ready to welcome in Lakshmi, the Goddess of Wealth and Prosperity, whose Puja is performed in the evening. This is an auspicious day and a lucky day for buying expensive goods, though it is also a day to consider charity for those less well off. Small clay lamps, called diyas are lit to drive away the shadows of evil spirits.

According to Hindu tradition, the demon Narakasura was killed by Lord Krishna on the second day. Marking the coming end of the year in some regions of India, customs on this day are about cleaning the slate before the start of a new year and getting rid of anything bad. People get up early and wash and put on clean or new clothes. In parts of Southern India, this day is celebrated as the main day of Deepavali.

The third day is celebrated on the new moon in Kartik. In most parts of India, this is the most important day of the festival and is the last day of the year in many regions of India. On this day, Lord Rama rescued his wife, Sita, from the demon Ravana and returned home after a long exile. Candles are lit to celebrate his victory, and to light his way home after the battle. In the evening, it may seem like the whole of India is lit by explosions as people set off many fireworks.

The fourth day of Diwali is also the first day of the new year in the Vikram Samvat calendar and may also be known as Pratipada, Govardhan Puja or Annakut. Annakut means 'mountain of food', which is a giveaway that today is all about feasting. Tradition has it that on this day, Lord Krishna lifted Govardhan Hill to give shelter from torrential rains to local villagers. Today, Hindus prepare a great deal of food and take it to the temples to celebrate the beginning of the new year and give thanks to Krishna for his benevolence. 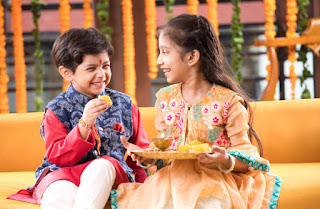 This is the fifth and last day of Diwali festival. This day celebrates the relationship between brother and sister.
Make money online zero investment

June 10, 2020
heard that there are systems that pay  oney for watching videos.    Online Earn by Mobile sing up bonus $500   Link:        SINGUP   Since that time I have withdrawn  more than earn dollars! And it's  not even the end of the week!  I am shocked! Many thanks to the  administrators! hat is the essence of the work? We offer people to view prepaid promotional videos  of  various  world advertisers and get money  for this. Among our advertisers are  the  largest producers of household appliances, leading retailers, and top video bloggers. Our system accepts only high-yield and high-quality   videos  selected and tested by our experts.           How much can I earn?     At the moment, the cost of one minute of a promotional video is  50  cents. It's easy: for 1 hour of work,  you can earn  30.00  dollars. If you work at least 3 hours a  day, your daily earnings will  be  $ 90.00 , and in one month it would be  2700 dollars. According to the results of conducted surveys, the site   oz
Post a Comment
Read more

May 29, 2020
Jaa lifestyle online $1000 sign up bonus you earn online earning nice platform JAA Lifestyles mission is to create a company where people from all over the world unite to be part of a large group with a massive negotiating power when it comes to give you beneficial deals worldwide. https://secure.jaalifestyle.com/ref/raghu3192 On top of this we have created a way for everyone to change their lives financially without having to invest large amounts of money. To change people’s lives, should be possible without affecting their daily budget! Jaalifestyle was the formed to provide every person with the opportunity to create financial freedom. Jaalifestyle enables to global communities mambers to share our mission for financial freedom by dynamically engaging through Jaalifestyle corporate affiliate business models. This model cultivate sustainable passive income streams and opportunities to build generation wealth for its community members. Jaa lifestyle has program t
Post a Comment
Read more

July 06, 2020
Legitimate Work-From-Home Opportunities The following are a variety of legitimate ways to earn extra income, get a second job, launch a full-time solo career, or  start your own small business  – all from the comfort of your own  home. Some of these opportunitis build upon hobbies that you might already pursue without economic gain; you’ll find many in  this article  from Top Trends Guide on income-producing pursuits. Also, though they don’t technically qualify as  work  at home opportunities and therefore aren’t mentioned in detail below, know that money-saving browser plug-ins like  Wikibuy  can help you find a lower price on the items you buy online everyday – adding some breathing room to your budget just as surely as extra cash does. Just take care to avoid distressingly common  work-from-home scams  that can actually cost you money. 11 Best Ways to Make Money from Home (Legitimate) 1. Blogging: Sell Your Insights Blogs aren’t just venues for bored people to share their thoughts a
Post a Comment
Read more
style="display:block"
data-ad-format="fluid"
data-ad-layout-key="-6t+ed+2i-1n-4w"
data-ad-client="ca-pub-3145149978024563"
data-ad-slot="1250080916">